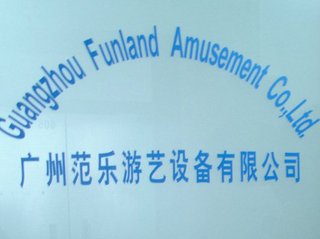 Localted in the south of China, Guangzhou Funland Amusement Co., Ltd is one of leading manufacturers focus on all kinds of Amusement Equipment.

We are specialized in import and export with clients in different places of the world, such as the United States, Europe, the Middle East, Australia, Africa, etc.

Latest designs, high quality, skilled workmanship and reasonable price are our advantages. EXW, FOB, CIF and OEM services are also available. We are careful for each order, whether it is big or small; and we do good for the shipping following up. We are happy to build up long term win-win business relationship with anyone who is serious in doing business. ...